Being social boosts happiness and health

My former neighbor Robert was in his late seventies when he started to feel lonely. Looking at his life, one would never guess this would be an issue for him. He lived in a gorgeous Craftsman cottage that he tended like a work of art. He took walks daily, lifted weights, gardened, read voraciously and was extremely close with his youngest daughter, son-in-law and two grandsons who lived several miles from him. He also spent many hours a week in phone conversation with family members who were dispersed throughout the country.

But the reality was that Robert had no day-to-day relationships with his peers, and this, ultimately, distressed him. His lifelong best friend and brother-in-law from New York, the city he grew up in, was clear across the country and often unavailable by phone. On a summer evening over a glass of wine, Robert admitted to me that, because he had no meaningful connections with his peers and his level of physical activity was starting to fade, he felt lonely and disconnected.

It turns out that Robert was not unusual in this. Citing a University of San Francisco study, Dr. John Cacioppo, a social neuroscientist and pioneering researcher on the subject of seniors and loneliness, says that 45 percent of elderly people feel chronically lonely. According to Cacioppo’s own research, prolonged feelings of extreme loneliness can lead to depression as well as other health risks, such as high blood pressure, disrupted sleep and increase in the stress hormone cortisol, as well as have a negative impact on the body’s immune system.

“We’re members of a social species,” says Cacioppo, author of Loneliness: Human Nature and the Need for Social Connection , adding that socially engaged people are more resilient and that seniors who have satisfying relationships tend to bounce back from adversity much more easily than older people who are lonely.

Cacioppo explains that a person who is chronically lonely develops a hypervigilant brain that is on the lookout for social threats. This causes the person to become less open to new experiences and people, thereby creating a self-fulfilling prophecy, or more disconnectedness.

“If I’m unaware that my brain is hyper-vigilant for social threats and I’m presented with a new social interaction, I’m likely to react in self-preservation mode, and that makes me less likeable” explains Cacioppo. “Lonely people are more likely to have negative interactions with others, so if I’m negative toward my friends and acquaintances, we’re less likely to stay connected, which feeds into a downward loneliness spiral.” 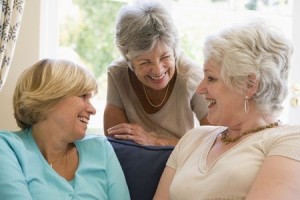 Dr. Helen Lavretsky, a UCLA geriatric psychiatrist and director of the Late Life Mood Stress and Wellness Research Program, emphasizes how important it is to break the downward spiral, explaining that although it may be difficult to do with a senior who is lonely, especially if that person has physical challenges or a history of depression or anxiety, intervention can still be effective.

“Some interventions are to increase social connectedness by putting the patient in [situations] that are designed to create more social support,” Lavretsky says. “For people living alone at home, moving to an assisted living facility could be an important intervention to their social connection. Someone who is lonely and disabled doesn’t do much and isn’t stimulated, but in an assisted living facility they’re likely to have educational programs, outings, physical therapy and exercise—there’s a community, so it’s enriching for older adults.”

Lavretsky goes on to explain that the most important thing in breaking any kind of downward spiral that includes loneliness or isolation is to assess for these challenges on a regular basis and then create an action plan to do at least one thing to combat the problem. In other words, start somewhere.

Volunteering is one thing that both Lavretsky and Cacioppo recommend when discussing ways in which an older person can find ways to re-engage and feel less isolated. The satisfaction that comes from contributing to something larger than yourself and making a difference is a powerful antidote to that feeling of being all alone and useless. 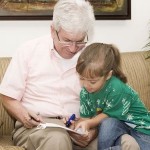 Cultivating intergenerational relationships is also a very important part of staying connected. “The other day in my office, I saw an elderly women Face-timing with her granddaughter while she was waiting for her appointment,” says Lavretsky. “If seniors have the knowledge that helps them use the Internet, that is a great way to stay in touch with fragmented family living all over the country.”

“What matters for longevity and better quality of life is physical health—doing everything possible to sustain that and being active physically and mentally,” concludes Lavretsky. “In our society, being active means that you’re with somebody, you’re in a group, you’re connected to at least one other person and you feel that you have value. That’s the main thing—to feel important and active and engaged.”