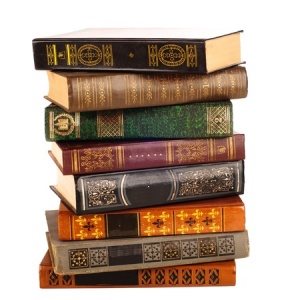 Encouraged by family to move west, Dr. Louis Feldman and his wife, Meriam, are now happily ensconced at Garden of Palms. Their spacious two-room suite is adorned with photos of his three children and many grandchildren. Equal space on their large bookshelf is dedicated to Jewish books and textbooks on Latin and Greek language and civilization.

Dr. Feldman has always lived his life to the fullest in body, mind and spirit. From 1953 to his retirement a half-century later, he was a noted Yeshiva University professor of classic Greek and Latin literature. The native New Yorker began as an assistant professor, became an associate professor in 1961 and a professor of classics in 1966, but reached the zenith of his academic career in 1993, when he was appointed Abraham Wouk Family Professor of Classics and Literature at Yeshiva University.

Over the years Feldman gained notoriety as an antiquities scholar. Among his achievements, he translated several volumes of the critical edition of Jewish Antiquities and published approximately 150 scholarly articles. He also served as departmental editor of Hellenistic literature for the first edition of Encyclopedia Judaica and as a contributor to the Encyclopedia Britannica . In addition to his academic achievements, Dr. Feldman was a cantor at his family’s congregation in Queens.

“I am a professor emeritus, still teach and keep in touch with peers in my field at Yeshiva,” he says, beaming with pride. “I even have a student coming to me a couple of times a week for tutoring in Greek and Latin.”

He also stays active with religious activities. “I attend services here on Saturdays and holidays, and I go to a nearby synagogue to observe during the rest of the week. The organization running Gardens of Palms provided me with a wonderful assistant who helps me get around at all times.”

The Feldmans had help finding Garden of Palms. “One of my daughters lives in L.A. and suggested this place would be ideal for us,” he says. “It is a pleasant place, well run, with considerate and warm staff, and nice surroundings. I am also grateful for having a close-knit family, especially as we are Orthodox. My son lives in Israel, but he and I are in constant contact. He will be visiting me in a few weeks. My daughter who lives in New York visits me occasionally, and my daughter in L.A. comes to see me every day.”

Health concerns may have slowed the professor’s body, but his mind is still as active and interested as ever.