Preserve the memories while you can 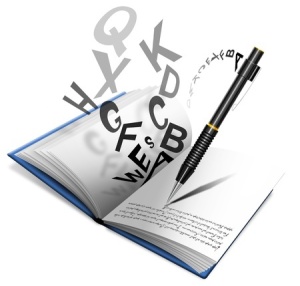 The world has changed a lot in the past century and the number of people who remember what life was like before the technology boom are becoming fewer and fewer. This precious resource, the elderly, is slowly vanishing. Your own parents or grandparents may be holding an amazing wealth of knowledge and it is important that it not die out with them. For this reason, many people are helping their parents write memoirs so the next generations can learn what life was really like before cell phones, video games and the Internet.

The simple reason most people don’t write memoirs is they believe their life just isn’t that interesting. If you have heard and loved stories from your father’s childhood or your mother’s early years, you know that their lives are far more interesting than they even realize. Convincing someone of this is nearly impossible, so you might have to take some extra steps. Let them know you want their grandchildren and great grandchildren to “know” them, even if they are no longer around.

Offering to write what they dictate is a good way to get an aging parent to give you their memoirs. Sit down a couple of times a week and record their stories in audio or video form. You can ask them questions to move things along. For example, “Tell me about your first kiss,” or “Remind me of when you got in trouble for taking your sister to the river.” Memoirs don’t have to be just happy memories, so feel free to record sad events such as the death of a friend or the loss of something special. All of these can go into the memoir.

The audio method of recording a memoir is also very good if you have a limited amount of time. The memories are there to be transcribed when you are ready. In the case of death, you will not have lost them. Also, an audio or video recording is another form of memory that can be passed down from generation to generation. Descendants will be eager to see how their great-great-grandmother dressed, moved and talked, and what she did with her time. It is far more interesting than simply reading a book; it is the original her- or his-story.

Putting the memoir into book form doesn’t have to be difficult but takes a bit of coordination. If you aren’t confident with your typing skills, there are plenty of people looking for this type of work. Advertise on Craigslist or in your local paper for a typist in your area and have the tapes transcribed. Once you have everything in a computer text document, you are ready to begin compiling your book. This is the most time-consuming part.

You can use Microsoft Office or find easy-to-use publishing software such as Publisher, which is a decent program that allows you to combine both text and photos in a professional format.

Separate the transcripts into stories. Deciding which ones to use first is entirely up to you. There’s no rule saying everything has to go in chronological order, although you might prefer it that way. Many memoirs are not in chronological order but are ramblings, sometimes linked by free association. By keeping each chapter as a separate story, you allow the reader to flip through and read the ones of most interested. You can also separate by periods of life, such as childhood, teen years, marriage, children and so on.

Next, you will need photos. Talk to aunts, uncles and other family members and ask to go through their family photo albums. Scan any and all photos you find of the person telling the memoir and sort them out later. You will want to include at least one photo in each chapter. For many memoirs, the photo goes at the beginning of the chapter and doesn’t necessarily correspond to the story being told.

Other items you should consider including in the memoir are favorite recipes that can be included in their original handwriting as well as typed, photos of mementos the person has saved, and scans of photos of awards, diplomas or certificates, war medals and so forth. Photos of the first rose your father gave your mother, dried and fragile after 50 years, can be the perfect touch to add to a story of their first date.

Once you have included the photos and other interesting graphics in each chapter, it is time to publish the book. This process depends on how many copies you actually want. For just your own use, you can print the book easily on the computer and have a printer bind it with a spiral binding for a few dollars, along with a protective plastic cover. However, if you intend to give the memoir to several family members, you can use an online service such as Snap Fish or Shutterfly.

There are also a number of print-on-demand printers you can find online. For a nominal fee they will help you compile your book and put a cover on it. Once you have paid the setup fee, the book is in their system and anyone can order it at any time. The publisher will print only the number of copies ordered, so you aren’t wasting money on hundreds of copies that no one will ever see. This can be the ideal method of dispensing the memoir to family members spread across the globe.

Memoirs can be a valuable resource in remembering the previous generations. If you have an aging parent or even a grandparent with stories to tell, now is the time to capture those memories, before it’s too late and they are gone forever.