When Jews gather to pay tribute to Moses, the Exodus and the arrival of spring, the foods and traditions they share will include surprising variety 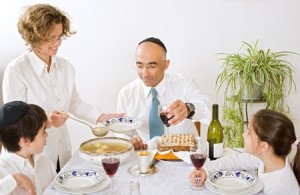 If there’s anything that unifies Jews around the world, it’s food. As a people we appreciate the ways a Passover Seder brings family and friends together, as well as the fun and challenges of preparing and eating symbolic dishes. There are of course common elements, but there is also significant variety among Ashkenazi, Sephardic and other Jewish cultural groups.

Rabbi Menachem Weiss of Nessah Synagogue (a Persian Congregation) in Beverly Hills and director of the Israel Center at Milken High School is an Ashkenazi Jew with professional experience in Ashkenazi, Sephardic and Persian-Jewish customs. He explains that, “Various customs evolved because there were geographically separate Jewish groups living around the world through history, and the way they were acclimating to the society they lived in affected how they practiced Judaism.”

Ashkenazim are descended from the Jews of Germany and Northern France, as well as much of Northern and Eastern Europe. Sephardim are primarily the Jews of Spain, Portugal and Mediterranean. Although Mizrahim are often confused with Sephardim (because they share many religious customs), Mizrahim have a separate heritage with roots in Iran and Iraq. Traditions evolved in these various locales in times when transportation was not as easy as it is today, and as Rabbi Weiss reminds us, “The various communities did not connect with each other.”

Yet he believes the various ways of observing major Jewish holidays are links to our heritages on a large and small scale, and serve as a means of preserving Judaism and transmitting it from generation to generation.

“If I were to trace my roots back through my family’s line from Spain to Hungary and on to New York City, the various things we do are somehow shaped by where my ancestors lived,” he continues. “By the same token, my spouse brought Jewish customs shaped by where her family came from through the generations.”

Of all the variations in customs among different groups of Jews, and especially between Ashkenazim and Sephardim, the widest divergence involves food served during Pesach. 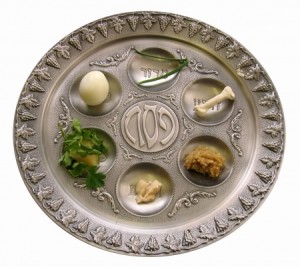 The principal difference pertains to kitniyot, a catch-all category for several varieties of grain or meal that are not actually considered chametz (any food product made from leavened wheat, barley, rye, oats or spelt) according to Ashkenazi tradition. So while rice, corn, millet, string beans, green peas and dried beans (such as lentils, split peas, soybeans and chickpeas) will appear in various forms on the Sephardi or Mizrahi Passover table, Ashkenazi Jews are off all grains during Passover week, except for the customary kosher-for-Passover unleavened matzah and foods prepared with specially marked and blessed matzah meal. This is their way of commemorating the Jews’ hasty exodus from Egypt when, according to the Old Testament, the bread dough they prepared didn’t have time to rise.
This is also referenced by the 13th-century codifier, R. Isaac of Corbeil, author of the Sefer Mitzvot Katan (S’mak). Yet he describes it as a deeply rooted, venerable practice, observed since earliest times by the kadmonim, who were believed to be the founders of the Ashkenazi halachic tradition, around the 10th century.

In Italy, Morocco and other Mediterranean countries there’s a tradition related to matzah that involves tying three pieces of matzah into a napkin to resemble a symbolic “sack.” As the sack goes around the table, each person is asked, “Where are you from?” and each replies, “I am from Egypt.” When the Seder leader asks, “Where are you going?” the person holding the sack responds, “I am going to Jerusalem,” and then passes the sack to the person to his right.

In Mexico and other Latin American countries, Pan de Semita (semitic bread) is eaten at Passover by both Jews and non-Jews descended from conversos (those whose ancestors converted to Catholicism during the Inquisition and other times of persecution). It is made with two cups of flour, one half cup of water and a few tablespoons of olive oil, and baked unleavened. The same recipe is used in Calabria, in southern Italy, where it is called pane azimo (unleavened bread).

Seder plate traditions also can vary from country to country. In some households in southern Italy and Morocco the plate is covered with a beautiful scarf and the family sings as it is carried to the table. Before it is set down, the plate is placed on a child’s head and then rotated for everyone to see. In Tunisia, Sicily and Sardinia, the plate is carried from person to person around the table, and held for a moment on each head. This symbolically alludes to the fact that Jews were once slaves in Egypt and carried heavy burdens on their heads.

Charoset, a staple of every Seder plate that is used during the ritual reading of the Haggadah (sacred Passover text), serves as a reminder of our ancestor’s bondage under the Pharaoh’s rule, when Jewish slaves were forced to mix mortar to make bricks for Pharaoh’s buildings. Sephardi charoset often uses dates as the foundation, while the “mortar” in Ashkenazi homes is made from apples. Other charoset ingredients may include nuts, apricots, cinnamon and wine.

The Cuban recipe for charoset reflects the difficulty of practicing Judaism, as well as the lack of availability of traditional fruit. Their “charoset of the oppressed” includes only matzah, honey, cinnamon and wine.

While Ashkenazi and Sephardi haggadah are basically the same in content, and the children in both traditions generally ask the “Four Questions” as to why Passover is observed, there are differences in the way the Seder is carried out. The Ashkenazi variation is generally reserved and straightforward. However in Mizrahi and Sephardic culture, things start getting lively when “Dayenu,” the song of liberation, is sung. Onions or leeks are included on the Passover table near the Seder Plate, and at the chorus of the song, each person takes an onion and wields it like a whip against his neighbor, in remembrance of the miracle of being freed from the lash of oppression.

Although every family holds dear its own traditions and those of their ancestors, Rabbi Weiss notes that the mingling of customs can take the practices in exciting new directions.

“In today’s times we’re all living together, our children are going to school together, going to shul and falling in love with one another,” concludes Rabbi Weiss. “We have a reintegration going on, mending those segments of the community that were previously divided into Askenazi, Sephardic, Persian and others. My hope for the future is a complete reintegration of the Jewish people under one title: ‘Israel.’”

With that in mind, “Next year in Jerusalem!”