Blessings of a life fully lived 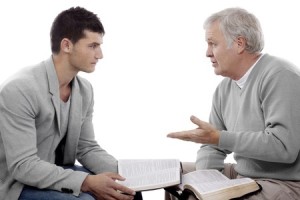 The experience of getting older in Los Angeles, the center of American media and pop culture, isn’t an all-or-nothing proposition. You can acknowledge your physical changes yet choose to see your own aging in a positive light… that you’ve lived a great life with colorful memories and relationships, and with today’s health advances, your best days may still be ahead of you.

Rabbi Berel Wein is the author of four Jewish history books and founder and director of the Destiny Foundation, which is dedicated to bringing Jewish history to life. In one of his recent blog posts, he acknowledges that we live in an age that worships youth and is fueled by products, services and consumer advertising that target either those under age 35, or those over age 35 hoping to recreate the appearance or feeling of youth.

Exacerbating the problem, Rabbi Wein laments, “People in their fifties will not be deemed employable by most corporations and business concerns. Thus a vast pool of experience and talent, accumulated wisdom and practicality, lies unexploited and disregarded.” He notes that although “respect for the elderly is a basic tenet of Judaism,” prevailing wisdom is that “being older is a detriment in our society’s workplace and milieu and is definitely a disadvantage.”

Although this is true, seniors don’t have to be at effect. “I feel seniors can impart much wisdom based on what they’ve learned throughout their lives,” says Rabbi Kalman Topp of Beth Jacob Congregation in Beverly Hills. “There is a partook (verse) in Deuteronomy that recommends one ask a parent or elder about something and he or she will explain it to you,” continues Rabbi Topp. “This partook encourages us as a society to ask advice and learn from an older person or generation.”

Since you can’t always count on being asked for advice (and it’s not always welcome), sometimes you’ll have to take initiative and make it known that while your past experiences and wealth of knowledge have value, you are just as open to learning new things.

When you dive deeper into conversation with Rabbi Topp or the blogs of Rabbi Wein and other leaders, you’ll find several examples in the Talmud and Jewish history of elders who did not go quietly into the sunset. Rabbi Wein cites Isaac, whose greatest accomplishments took place when he was, “a century old and the Akeidah—his supreme test in life—occurred when he was 137 years old.” Abraham, he adds, “lived for 175 years. Thus, much of his accomplishments and influence on his generation occurred during the later, mature years of his life.”

Rabbi Topp recalls the instance when Moses came down from Mt. Sinai with the sacred tablets, with golden rays of glory that shone from his face. “There’s an opinion in the medrash* that says those rays of glory came from remaining ink in the quill after he wrote the Torah, that he brushed [the remaining ink] across his forehead, which in turn generated the rays of glory,” Rabbi Topp explains. “I understood that opinion in the medrash to mean that even when a person has accomplished a lot in his or her life, there’s more to accomplish, and an incredible amount to live for, and from the later chapters of life one could still generate those proverbial rays of glory.”

The older years are associated with idleness and retirement, but more and more seniors are choosing not to sit still. Among contemporary public figures, many are doing some of their best work in their later years. President Jimmy Carter is 90, Supreme Court justice Ruth Bader Ginsburg is 82, and 93-year-old Hollywood star Betty White is America’s reigning sweetheart. There are also plenty of ordinary people among our friends and neighbors who are not only staying active and relevant, but working hard to get other seniors out in the world. For example, Max Izenberg, a long-time San Fernando Valley resident, founded the weekly tips and events newsletter, Suddenly65.com, in 2012 when she was in her mid-sixties. Izenberg says the process of putting the online letter together—pioneering senior social media—keeps her feeling as if she is still in her 20s.

“We cannot help getting older,” says Izenberg, “but we don’t have to be ‘old.’ If you’re sitting doing nothing, you are going to get old. Without any social interaction, the experience of aging can be terrible. Seniors want to get out  because they are vital, healthy and naturally curious about life.” 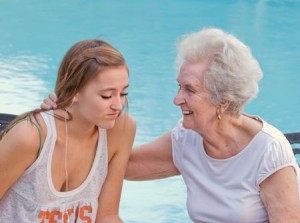 Rabbi Wein concludes one of his blogs by stressing that our attitude toward the elderly and shaping the self-esteem of the elderly can change a burden into a privilege for families with aging members. Even if it becomes physically more difficult to perform certain everyday tasks, and their minds don’t process information as quickly as they did half a century ago, today’s seniors as a whole are self-determined and eager to make their experience count. And if they can give a hotheaded young person a fresh and informed perspective on something, it’s a success they treasure.

“I have met residents of the Garden of Palms assisted living and other places who have moved me and inspired me through their vibrancy and energy,” observes Rabbi Topp. “I always enjoy spending time with seniors because as much as I teach them, they teach me even more, and they’ve offered me a variety of perspectives on Jewish topics based on their experiences that are meaningful. When I interact with older members of my community, [I learn] about the importance of dedication to the Jewish community. I am inspired by their efforts to get to the synagogue during the week as well as weekends. I find that they enjoy a good laugh and are fun to be with.”

“There are certain valuable privileges that inhere to one becoming elderly,” reassures Rabbi Wein. “An older person…may now be more restricted physically and functionally, [but] one is freed of certain social and external inhibitions…the Talmud recognizes the privileges of age in many respects. The Talmud itself says regarding the questioning of a certain opinion of one of the sages: ‘If wisdom is perhaps lacking, at least age and experience is present.’

“There are many so-called retired people I know who now serve as consultants and guides for companies and younger entrepreneurs,” concludes Rabbi Wein. “Their experience and know-how are of enormous value and importance.”

*Medrash: a method of interpreting Torah biblical stories that goes beyond simple distillation of religious, legal or moral teachings