Nutrients for health and longevity 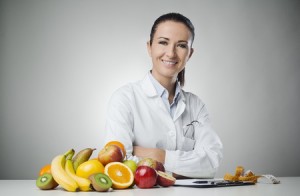 Some people love to be in the kitchen and enjoy nothing more than preparing a lavish, nourishing spread for their families. But after a lifetime of being responsible for meals, you may be one of those people who is just as happy to enjoy the fruits of someone else’s labors. This might mean you spend less time food shopping and preparing meals, and may not always get all the nutrients you need, which is not a good wellness choice. In addition to missing out on vital nutrients, you may end up with weakened defenses against environmental toxins in the air and water, and chemicals in food. Toxins leach nutrients from our bodies and speed up the aging process.

One of the benefits of an assisted living community is dietician-planned meals that take these things into account. If you’re not ready to make that move, boosting your intake of antioxidants is one place to start.

Antioxidants are vitamins and nutrients that protect our cells from the damage of free radicals. Antioxidants can work both independently and together. Some antioxidants are produced by the body naturally, others you must get through a food source or dietary supplement.

What exactly are free radicals? They are the molecules constantly released as your body uses oxygen to create energy. However, they can cause harm when things like environmental pollution cause an overproduction and damage healthy cells. Cellular damage is involved in a number of diseases, and it also accelerates the aging process. Issues arise when there are too many free radicals in the body and not enough antioxidants.

There are four antioxidants that work especially well in conjunction with each other: coenzyme Q10 (CoQ10), vitamin E, vitamin C and lipoic acid.

All cells contain Coenzyme Q10. Most CoQ10 is in the mitochondria of the cells, where nutrients are converted into energy. You may remember way back from science class that an enzyme creates a chemical reaction in the body. For example, digestive enzymes break down the food you eat so your body can use it as fuel. Coenzymes work along with enzymes to produce a specific chemical reaction. CoQ10 is especially powerful because it has two functions: it helps your body make ATP, the fuel that powers all cellular functions; and it works as an anti-inflammatory, helping to relieve oxidative stress, a known factor in Alzheimer’s and other diseases, and remove free radicals from the body.

The human body’s CoQ10 levels decrease with age and for optimal functioning, must be replaced. How do you raise your levels of this anti aging antioxidant? Foods such as salmon and organ meats contain CoQ10, and supplements are widely available and affordable. There is no daily recommended allowance of CoQ10, but the American Cancer Society reports that doses of 90 to 400 milligrams a day have been used in various medical studies. 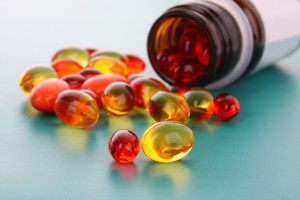 Vitamin E has been called the “anti-aging vitamin,” as it is said to heal the body both inside and out. Vitamin E is added to many cosmetics and skin care products to stop the appearance of wrinkles and age spots and is included in some sunscreens to provide added protection against UV radiation. When ingested internally as a capsule or tablet, vitamin E has other benefits as well. It reduces the risk of cancer by reducing free radicals and regulating cell growth, decreases your risk of a having a stroke, and fights the aging process on a cellular level by keeping cells healthy. The recommended daily allowance for vitamin E is 15 milligrams.

Vitamin C is a well-known antioxidant. It has been promoted as an defense against the common cold, and will usually shorten the duration of symptoms by strengthening the immune system. With a stronger immune system, your body’s ability to resist disease is increased. Vitamin C is also good for the skin. It is used by the body to synthesize the protein collagen, which keeps skin soft and supple.

The human body is unable to create vitamin C on its own. History tells us, however, that a deficiency will result in scurvy, a disease that causes bleeding through the skin and gums, weak bones and eventually death. To increase your vitamin C consumption through food, eat more oranges, lemons, limes, red peppers, broccoli and cabbage. You can get sufficient vitamin C from food, but if you choose to take a dietary supplement, the recommended daily allowance is 60 milligrams.

Lipoic acid (also known as alpha lipoic) is an extremely versatile antioxidant. The presence of lipoic acid can boost the levels of the other antioxidants, including coenzyme Q10, vitamin C, vitamin E and glutathione. Lipoic acid is produced by the body, but in very tiny amounts. It is also difficult to get from food, as it is present in very small amounts in plants and animals. Lipoic acid has been shown in studies to deactivate “bad” genes that cause aging and disease, and to protect the body against heart disease and stroke. Additionally, scientists believe that lipoic acid may increase the production of acetylcholine, an essential nervous system messenger that is deficient in the brains of Alzheimer’s disease victims.

Glutathione is a lesser-known antioxidant produced by the body, but it is the most abundant antioxidant inside the human cell. There are great amounts of glutathione in the liver, where substances such as food additives, drugs and alcohol are detoxified. Glutathione protects cells from DNA damage. Although the body can produce glutathione on its own, lifestyle choices can reduce its levels. Ingesting large amounts of processed foods, alcohol and painkillers, such as acetaminophen, can all reduce glutathione.

There is no recommended daily allowance for glutathione. Your glutathione levels can be raised by taking a lipoic acid supplement. Studies show 100 milligrams a day of lipoic acid will provide benefits.

Antioxidants can help boost your body’s natural defenses, keep your cells youthful, and fight the factors that cause disease. They can make the difference between health and disease, a vital life and premature aging.