An often overlooked concern of providing senior assisted living with memory care is that human understanding of the brain and mind is a quickly evolving area of science. The science concerning the fascinating brain and mind is known as ‘Neuropsychology’. It’s more of an understanding of the correlation between the human brain and human behavior. In this aspect of science, the brain and mind are understood using behavioral studies, electrophysiological studies, neuroimaging studies and much more. Most of these study methodologies require advanced technology and expert consultation.

Neuropsychology is a relatively new field of medical science, but there is a wide advancement in studies conducted on the brain and mind during past few years and most these were done in research settings.

There is no doubt that the science of Neuropsychology is evolving rapidly, and this benefits caregivers and residents in assisted living memory care settings. The main control center of the body is the brain. The brain primarily controls movements, thoughts, memory, actions, and behavior while it has a regulation over other aspects of the body such as digestion, respiration, circulation, excretion, and reproduction although there are separate structural and functional units to perform these functions. 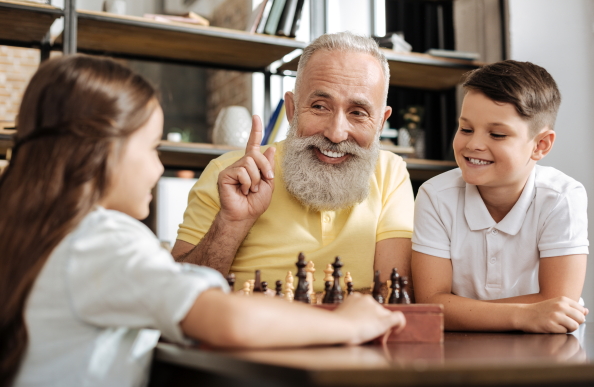 The brain’s involvement in basic life functions has been studied well, but many aspects of memory, cognition, emotion, behavior, and thoughts are still uncertain.

That’s why the etiology of most of the cognitive, memory and behavioral disorders are not known. Scientists are studying brain activity patterns of both normal and diseased individuals to find answers. Alzheimer’s disease is a neurodegenerative disease that has several proposed etiologies, while none of these have been confirmed yet. The disease causes impairments in memory, cognition, and behavior of the patient which makes everyday life difficult. Some experts suggest that genetics plays an important role in causing the disease while others expert suggest several hypothesizes. Clinicians have put forward the idea that the reduction of the neurotransmitter acetylcholine is the cause.

Some experts suggest that Alzheimer’s disease is associated with a deposition of extracellular amyloid deposits in regions of brain concerning memory, cognition, and behavior.

Although experimental vaccines have been tested to clear the deposits, no significant improvement in symptoms has been observed. There are a few other hypotheses such as Tau hypothesize and neurovascular hypothesize which both remain inconclusive. The other observation is that the patients shows a wide variety of differences in symptoms and disease progression. Heart issues have specific medications for management. Cirrhosis has clear-cut symptoms and a disease course. But unlike all of these, Alzheimer’s and other memory related diseases have a range of symptoms and disease prognosis. Therefore, disorders like these should be given special care like that provided in an assisted living community with a dedicated memory care program. Upon diagnosis, the individuals should be well monitored for new or changing symptoms and signs.

The treatment should be directed according to individual disease course. For example, physical activity and social interaction can bring varying levels of improvements depending on the individual. Some seniors may respond to medication while some patients may not. As a result, memory care should be individualized.

Assisted living and memory care address the needs of each individual by developing a close care relationship between senior residents and caregivers. If you’re seeking assisted living with memory care in Los Angeles for a family member, please contact us for more information or to schedule a tour of our community.

Amyloid deposition as the central event in the aetiology of Alzheimer's disease. (2017). Sciencedirect.com. Retrieved 17 September 2017, from http://www.sciencedirect.com/science/article/pii/016561479190609V?via%3Dihub