Memory Care: The relationship between poor sleep and dementia.

Sleep is necessary for the health and wellbeing of humans and other living beings. It is the time when the body rests and attempts to do its repairs and induces growth. There are two processes that moderate sleep. One is a homeostatic process. It is also known as sleep drive. The other is the circadian system. The circadian system refers a biological process that cycles in every 24 hours. This can be thought of as an internal clock in the body. The hypothalamus regulates the sleep and wake cycles in an individual. This process can be interfered due to diseases and disorders in the nervous system causing problems with sleep. 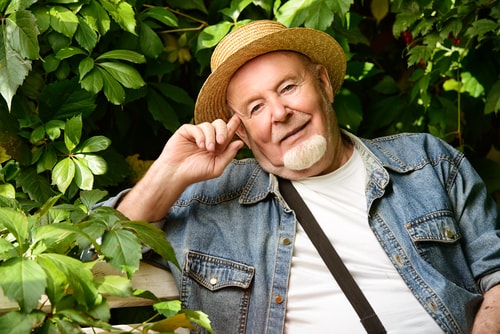 It’s common for senior living professionals to emphasize the finer points of an active retirement lifestyle. This is certainly a healthy cornerstone of a balanced senior lifestyle, yet the importance of healthy sleeping habits is often overlooked. Because memory issues are known to be present in a significant number of older adults, it’s natural to examine the relationship between sleeping habits and dementia.

Multitudes of studies have been able to document the changes and decline in sleep as an individual ages. With age, the overall quality and quantity of sleep will be degraded due to various changes in homeostasis and in the circadian rhythm. Older people generally find it difficult to fall asleep and once they manage to do so, they often times find sleep unsatisfactory and fragmented. They will wake up much more during sleep and also wake up earlier. The amount of time spent on deep sleep is also significantly reduced in elders.

Sleep plays a vital role in the development of the brain and in the proper functioning of cognition which includes memory formation and learning.  According to evidence from conducted research, it is realized that new learnings and newly obtained skills are integrated during REM (rapid eye movement) sleep. In addition, a relationship between neurotransmitter activity and REM sleep has also been established. This may provide evidence or provide predictions regarding the impact that declined sleep has on the cognitive function of elders.

Sleep deprivation can result in disruption of neuronal pathways and can lead to neurological diseases. Studies conducted on normal subjects concluded that sleep deprivation can lead to impairment of working memory and attention. In addition, sleep disturbances and disorders can cause cognitive impairment. It also has the potential risk of development of dementia. Prospective studies and observational and experimental studies point towards evidence that state poor sleep can cause significant cognitive decline and development of Alzheimer’s disease and other forms of dementia. Another study conducted on Japanese and American men without dementia concluded that those with excessive daytime sleepiness are twice as likely to be diagnosed with dementia.

Yet another reason to focus on healthy sleeping routines.

Therefore it becomes increasingly important to manage sleep and have the proper amounts of sleep in order to maintain cognitive health and avoid health risks such as dementia. Engaging in exercise regularly, staying away from electronic devices and switching them off a few hours before sleep as well as paying more attention and importance to sleep will go a long way in promoting better sleep and thereby improve overall cognitive wellbeing.